The Good The Bad and The TCM Film Festival 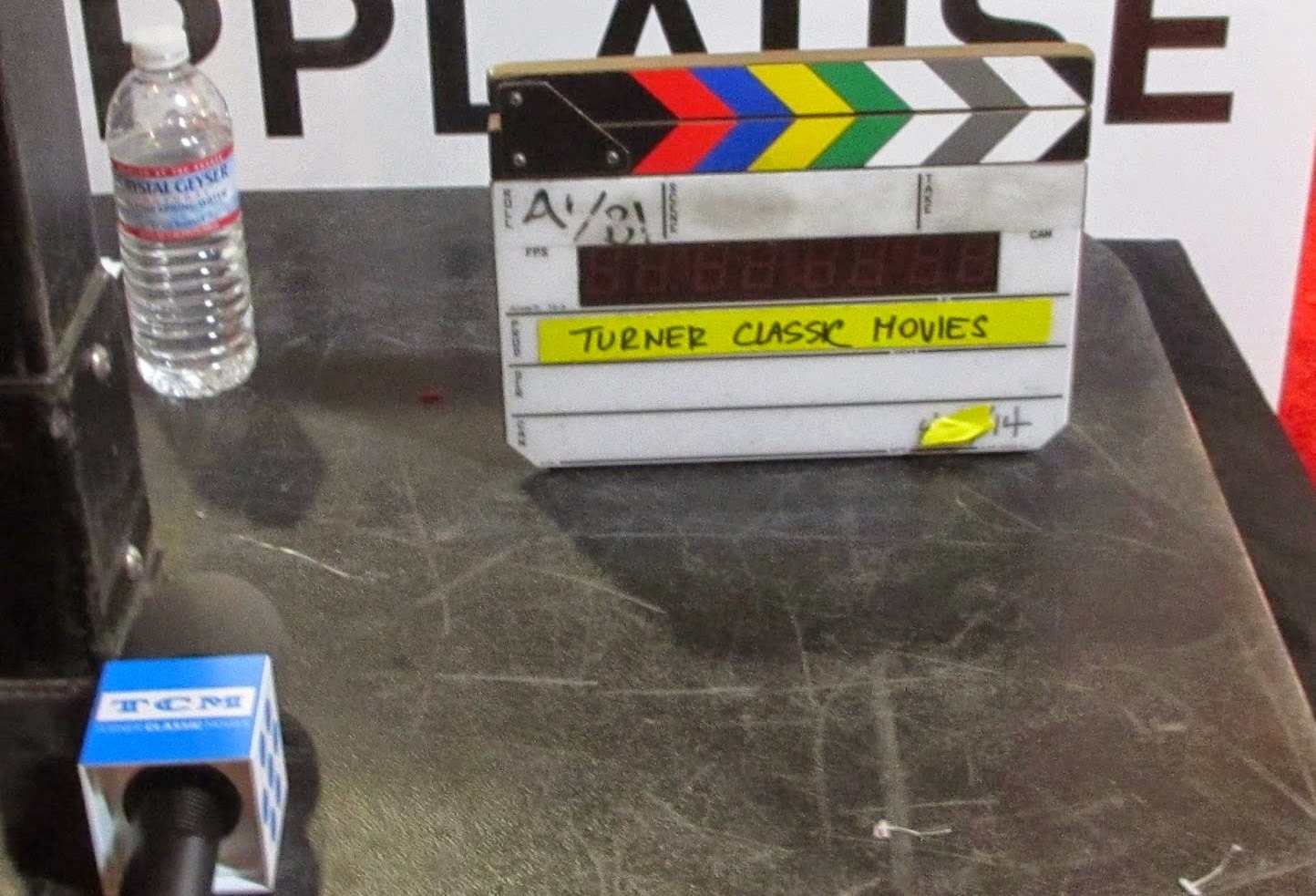 I have good news and bad news. Actually, the bad news isn't all that bad, and the good news is awesome. Still, I always like to get the bad news out of the way first, so here we go.

The bad news, I will *not* be walking the Red Carpet or attending the opening night screening of The Sound of Music at the TCM Classic Film Festival (TCMFF) this year. I had originally bought an Essential pass with an eye toward doing this. Then something happened that altered my plans, way for the better.

The good news, my lovely and amazingly snarky 15-year-old daughter will be attending TCMFF with me, and the two of us will be acting as Social Media producers at the Festival. I'll  be posting short videos of the event, and my daughter will be providing her 140-character reactions to the films we see on Twitter using the #TCMFF15YO hashtag.

How did this come about? Seeing how as I've never been any good at making a long story short. I'll start at the very beginning.

I never had much success getting my kids to watch classic movies. My sole victory was that my oldest my son Matthew really likes Arsenic and Old Lace. My daughter Jasmine now 15 was not much better. I would try to get her to watch old movies with me but she would always lose interest and drift away after about 10 minutes.

That changed one night last summer when City Lights was playing. I asked Jasmine if she wanted to watch, half expecting her to bail about 10 minutes in, but much to my surprise she stayed for the whole thing. Now if you're not familiar with City Lights, shame on you. It's a Charlie Chaplin silent film, and like much of Chaplin's stuff, very funny and touching at the same time. I saw it last year at TCMFF and at the end, there wasn't a dry eye in the house. So after we watched it together, I asked my daughter Jasmine (Jazzy) what she thought. She said, "That was so cute. Now, my heart feels all weird."

I ended up tweeting this with the #TCMParty hashtag, and within a few hours, the official TCM twitter account retweeted it. I told Jazzy, and she was totally psyched. After all, kind of a big deal when you're 14 and someone big and important takes notice. I honestly figured that was the end of it. Now, it was about this time that I stumbled on some local theaters that on occasional would show classic films. I started asking Jazzy if she wanted to go, and she said yes, at least most of the time. Each time we would go to see an old movie, I would get her reaction, and they were often both funny and insightful and short enough that I could tweet them.

A couple of months later, we were going to some movie, Rear Window, I think, and I tweeted that I was taking my 14-YO to see Rear Window, or whatever film it was. Anyway, I got a response from the @TCM twitter account, saying that they hoped it wouldn't make her heart feel all weird. I thought, wait, that was like two months ago. I had met the young woman who does Social Media at TCM at last the 2014 TCMFF, and she had remembered something my 14-year-old daughter had said about movie two months earlier. That's kind of cool. I told Jazzy; she was all psyched again. I honestly figured that was the end of it.

In early November, the tickets went on sale for TCMFF. I toyed with the idea of bringing Jazzy, but it was a lot of money and more importantly looking at my travel plans, coming up on Wednesday and go back home on the Monday, she would need to miss almost a week of school. I ended up just buying a ticket for myself. I decided to spurge and go for the Essential pass and see what all the fuss was about.

Fast forward to about a month ago, I got an e-mail from the woman who does the TCM Social Media. They are looking for Social Media Producers. What would that mean? It means that you would get in as Media person (equivalent to a Classic pass). And what would you do? Well, there's the rub. They had never done this before, so they were looking for proposals on what you think you could do to help them broaden their presence on Social Media.

I gave this some thought. I figured I could do short interviews with the people standing in line next to me. Things like, hi, where are you from? How long have you been coming to
TCMFF? What have you seen so far? Then I thought about Jazzy. It would be cool if I could get her to do her little movie review tweets. Plus, she could work the camera, since
I'm way too much of a dork to use a camera and talk to people at the same time. The more I thought about it, the more I thought it was a really cool idea. Of course, she still had school, but I decided to look at her school calendar. It turns out the Monday after TCMFF is her spring break, and Wednesdays are her short days. That means we could get away just having her miss two or three days rather than four.

Hmmm, what about the hotel. This year I had wanted to stay at the Roosevelt. I booked a room at about 5:30 pm, the day they announced the TCMFF dates. By that time, they only had two types of rooms left at the Roosevelt. Gawdawful expensive rooms with a balcony and for $80 more a night, a gawdawful expensive room that sounded like a mini-suite. I figured that if I was paying that much, why not spend a little bit more and get a nicer room? I called the Roosevelt. At that point, I didn't remember the details of the room, only that I had gone for the nicer of the two gawdawful expensive options. They looked up my reservation, and I asked what the layout of the room was. It turned out that it was a room with a kingsize bed connected to a separate living room with a couch with a fold out bed. Wow, that sounds kind of perfect for Jazzy and me.

I wrote up a proposal, me doing short interview videos etc. and Jazzy working the camera and doing her classic film reviews on twitter with the #TCMFF15YO hashtag. Plus, I would normally be tweeting and posting pictures anyway, and Jazzy kind of lives on Tumbler, so she could do stuff there as well. I sent it in and almost immediately got a response saying she really like the idea, but they'd have to run it by the rest of the team. About a week later, I got a response. We'd been accepted. Jazzy, we're going to Hollywood! Woohoo!

This year at TCMFF, look for my videos and of course Jazzy's reactions on Twitter hashtagged, #TCMFF15YO. These are a few of my of my favorites from films we have seen in the last 6 months or so:


I know I'm only 14 and all, but these guys get way more dates than I ever do

Now I need to add Electric Sex to my everyday vocabulary


Look for more details here and on twitter as they become available.

Posted by Chris Sturhann at 3:14 PM