31 Days of Oscar Blogathon – Envelope please. And the snub goes to...

I have to admit that this is based on not so much research, but more on what my gut is telling me. And what my gut is saying is, I think the Oscars are biased toward certain genres, and more importantly, against others.  After all, if you look at it a certain way, drama is a genre, and dramas win lots of Oscars. Then again, me, I don't really consider drama to be a particular genre. It's more like drama is the baseline, and the other genres are what depart from that. However, some genres do fare well at the Oscars; war movies, histories, epics, and to a lesser degree comedies, have all done pretty well over the years. Other genres, not so much. 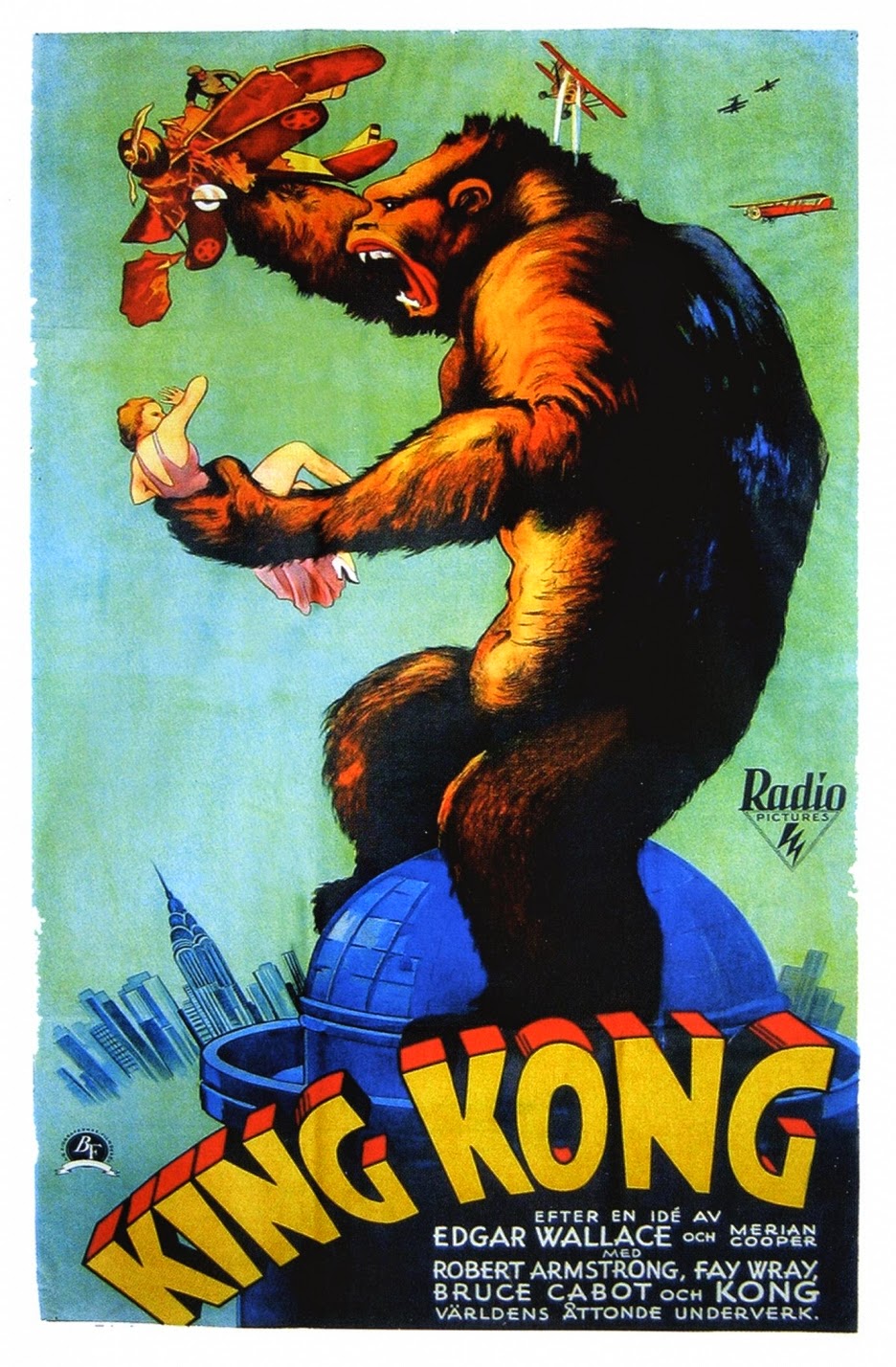 So when I say genre pictures, I mean Westerns, Science Fiction, Film Noir, etc. And it seems to me that that these genres not just win, but tend to dominate certain technical categories, visual effects, production design, makeup, and sound editing. However, if they are nominated in one of the big categories, Best Picture, any of the acting categories, Best Director, or screenplay, they rarely win. Just a nomination is honor enough for these films. It makes me think that maybe the Academy of Motion Picture Arts and Sciences has a 13½ inch 8½ pound statuette up their collective butts, which in comparison to a stick of similar size, I'd probably go with the statue too.

Anyway, I thought the best way to approach this was to use examples of specific films from the seven genres I feel are particularly neglected to demonstrate (one primary film and one honorable mention). My first thought was to limit it to pictures that didn't get any nominations at all. But that was way too restrictive. I decided it was better to concentrate on great movies that may or may not have been nominated but didn't win a single Academy Award.

Despite what by today's standards are primitive special effects, they were ground-breaking at the time. King Kong in short is a thrill ride that still works for me today as it did for audiences in the 1930s.
Crime 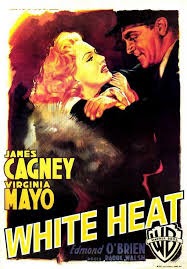 White Heat (1949) received one Oscar nomination for Best Writing, Motion Picture Story; didn't win. That year, it was nominated for an Edgar (Mystery Writers of America) for Best Motion Picture and #4 in the AFI's 10 Top 10 Gangster films. Big winner that year, All the King's Men.

For me, this is James Cagney's best film. The Crime genre evolved in the 1930s as Gangster movies and here James Cagney raises the bar. Cagney's Cody Jarrett character is a smart but vicious criminal who suffers from debilitating headaches and is often soothed by his elderly mother. The mother's a bit of a psycho too, but he's good to her, and you have to respect that.
Film Noir 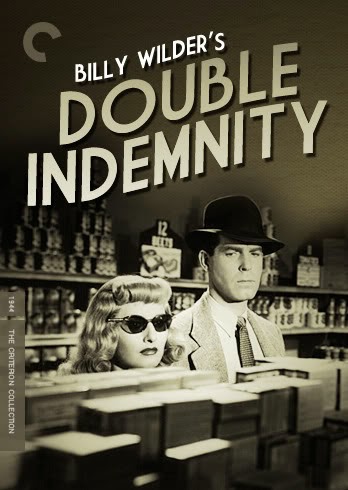 Double Indemnity (1944) received seven, count 'em, seven Oscar nominations (Best Picture, Best Actress in a Leading Role, Best Director, Best Writing, Screenplay, Best Cinematography, Black-and-White, Best Sound, Recording, and Best Music, Scoring of a Dramatic or Comedy Picture); didn't win any. Double Indemnity is kind of a snub within a snub. Edward G. Robinson gave what I thought was the performance of his career, and wasn't even nominated and never won nor was even nominated for a competitive Oscar. Robinson's competition that year was, Barry Fitzgerald (won for Going My Way), Hume Cronyn, Claude Rains, Clifton Webb, and Monty Woolley. The film placed in five separate AFI lists, including slots in the top 40 of AFI 100 Years 100 Movies list (original and 10th Anniversary Edition). Big winner that year, Going My Way.

On a  related note, while both Double Indemnity and Gaslight were both nominated seven times that year, Going My Way was nominated 10 times and ended up winning seven. At the 17th Academy Awards ceremony, Billy Wilder (director of Double Indemnity) who was expecting to take home the lion's share of the awards that night sat by and watched as Going My Way took award after award. By the end of the night, it appeared that Going My Way was going to more or less sweep the awards. When they announced the award for Best Director, Billy Wilder who was sitting near the aisle tripped Leo McCarey (Going My Way) as he walked passed. McCarey noticeably stumbled as he walked up to accept his award.

As much as I love, Going My Way, it's sentimental hogwash compared to Double Indemnity. Yes, I know the War was on and people were looking for something uplifting, but still Going My Way not nearly the picture that either Gaslight or Double Indemnity are. I would have tripped McCarey myself.
Horror 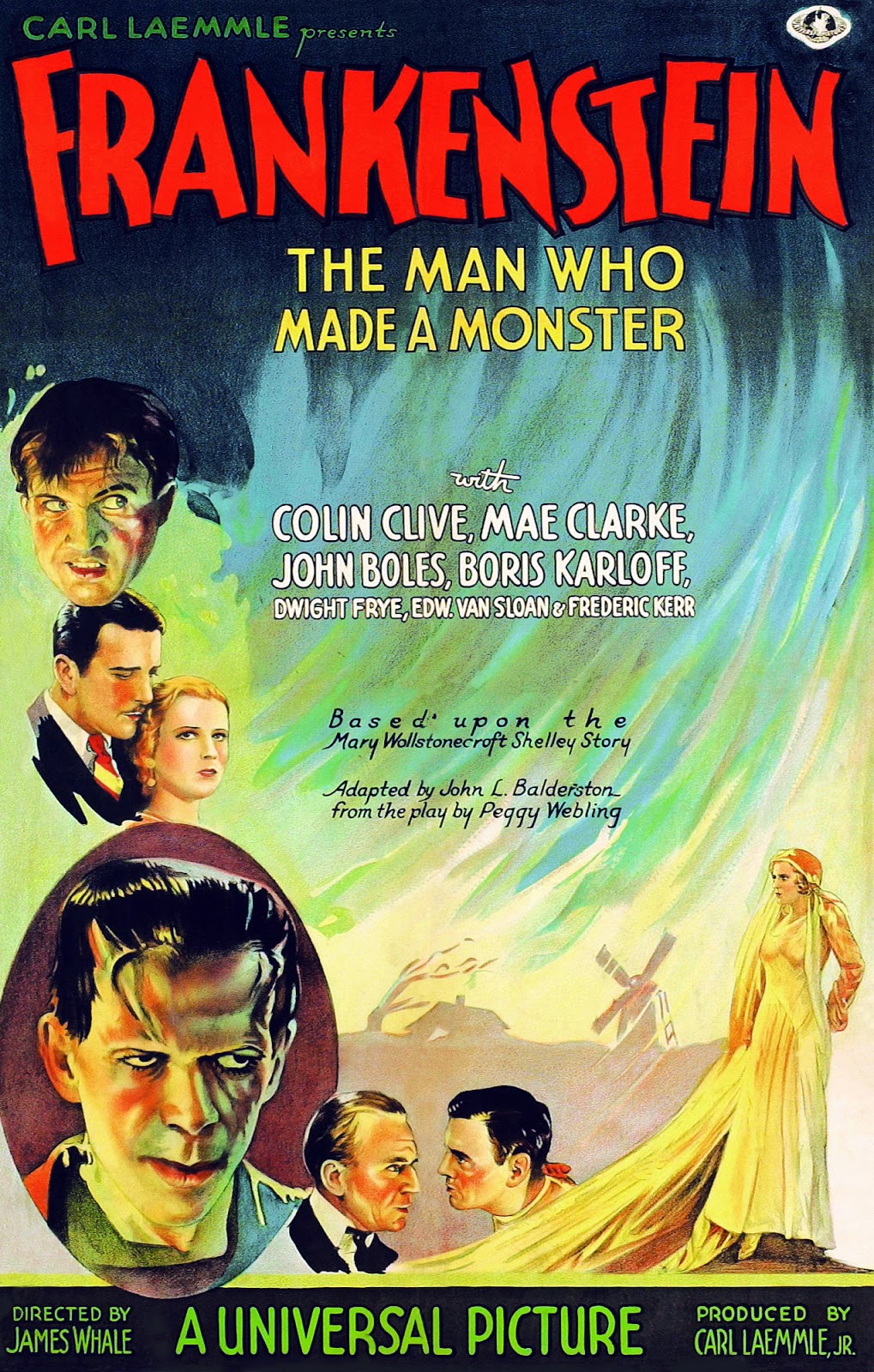 Frankenstein (1931) received no Oscar nominations. Obviously, the Academy was very young at the time, so it seems unlikely that they'd find any way to nominate a film like Frankenstein. Still, the film has endured the test of time and ranked No. 87 in the first AFI 100 Years... 100 Movies list (though it was removed from the 10 anniversary update). The film was also ranked No. 56 on AFI's 100 Years... 100 Thrills list and nominated several times for other AFI lists. Really was no big winner that year. Two films won two awards Bad Girl and The Champ, and Best Picture went to Grand Hotel. There was a tie in the Best Actor category Wallace Beary for The Champ and Frederick March for Dr. Jeckyll and Mr. Hyde. So much for Horror films not getting Oscars.

I'm not a big Horror movie person. I chose Frankenstein because it is one of those films that is sort of etched into our collective psyche. It created the mythology of what a Horror film was all about. Even The New York Times called Dracula which came out earlier that same year tame in comparison to Frankenstein.
Mystery/Suspense 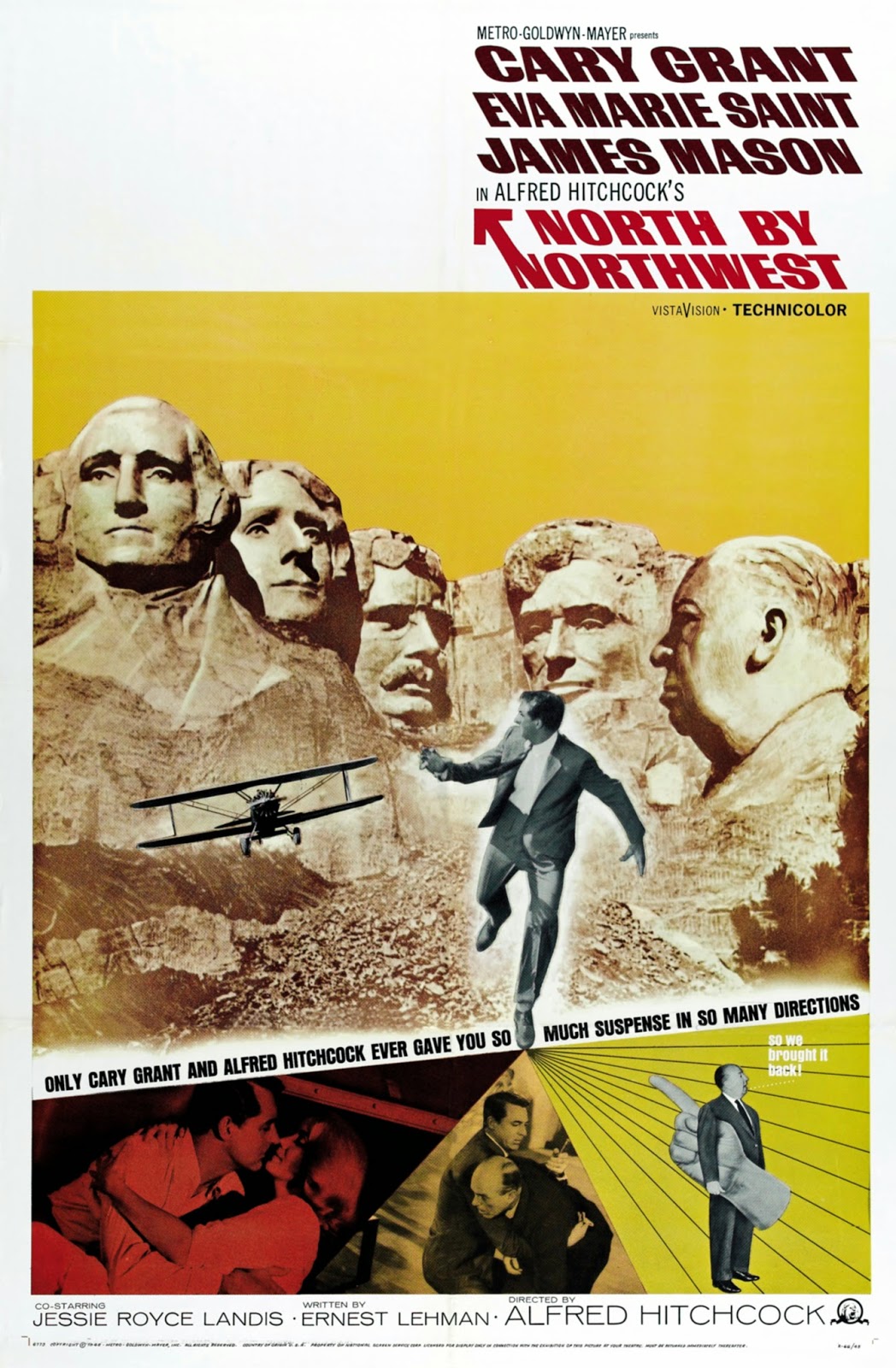 North by Northwest (1959) received three Oscar nominations Best Writing, Story and Screenplay, Best Art Direction-Set Decoration, Color, and  Best Film Editing; didn't win any. If anyone, Alfred Hitchcock is the poster boy for Oscar snubs. When I say, I didn't do any research for this post, that's not really true. Naturally,  I needed to look up which movies won awards and which didn't. Still, most of the research I did for this was on Hitchcock. When I went to check which of the better Hitchcock movies didn't receive any Oscar nominations at all, I couldn't find any, well at least not the first time I looked. Finally, when I went really deep. Of what I consider his best films, only Rope and The Trouble With Harry and his UK films didn't receive any. Between Rebecca (1941) and The Birds (1963), Alfred Hitchcock films were nominated 52 times and won only six. Hitchcock was nominated and lost five times as best director:


Rebecca did win Best Picture, but Best Picture is presented to the producer, not the director, so the Oscar for Rebecca went to David O. Selznick, not to Alfred Hitchcock. 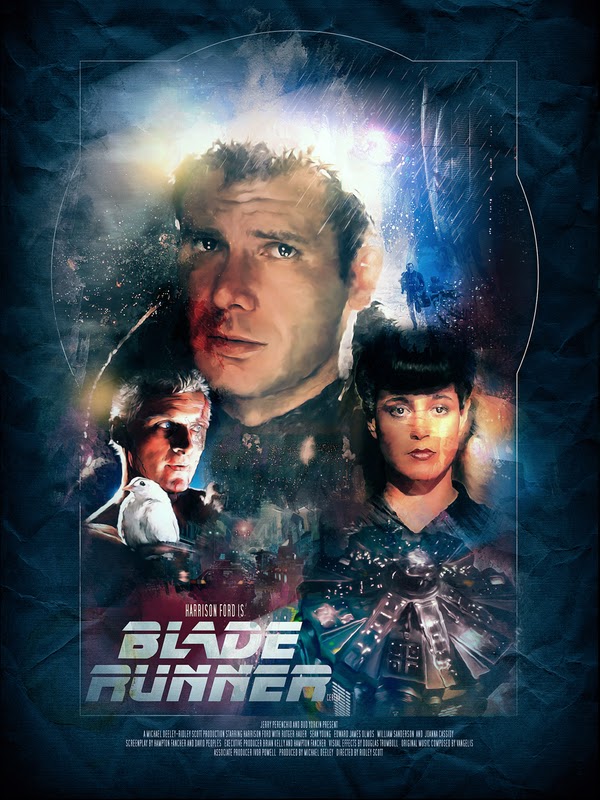 Blade Runner (1982) received two Oscar nominations for Best Art Direction-Set Decoration, lost to Gandhi, and Best Effects, Visual Effects, lost to E.T. The Extra-Terrestrial. Blade Runner appeared on the AFI's 100 Years...100 Movies list and was No. 6 on the AFI's Top 10 Sci-Fi Films of All Time, as well as numerous other top lists. Big winner that year was Gandhi.

I think that one of the problems with Blade Runner was that it had the misfortune of being released the same year as E.T. Science Fiction in particular is a genre that is relegated  to certain categories. The Motion Picture Academy has only so many bones to throw, and to carry through with the metaphor, E.T. was a much bigger dog that year. For me, I actually think that Blade Runner is a bit short on story, but it is such a visually stunning film. I could run it on a continuous loop and never tire of it.
Western 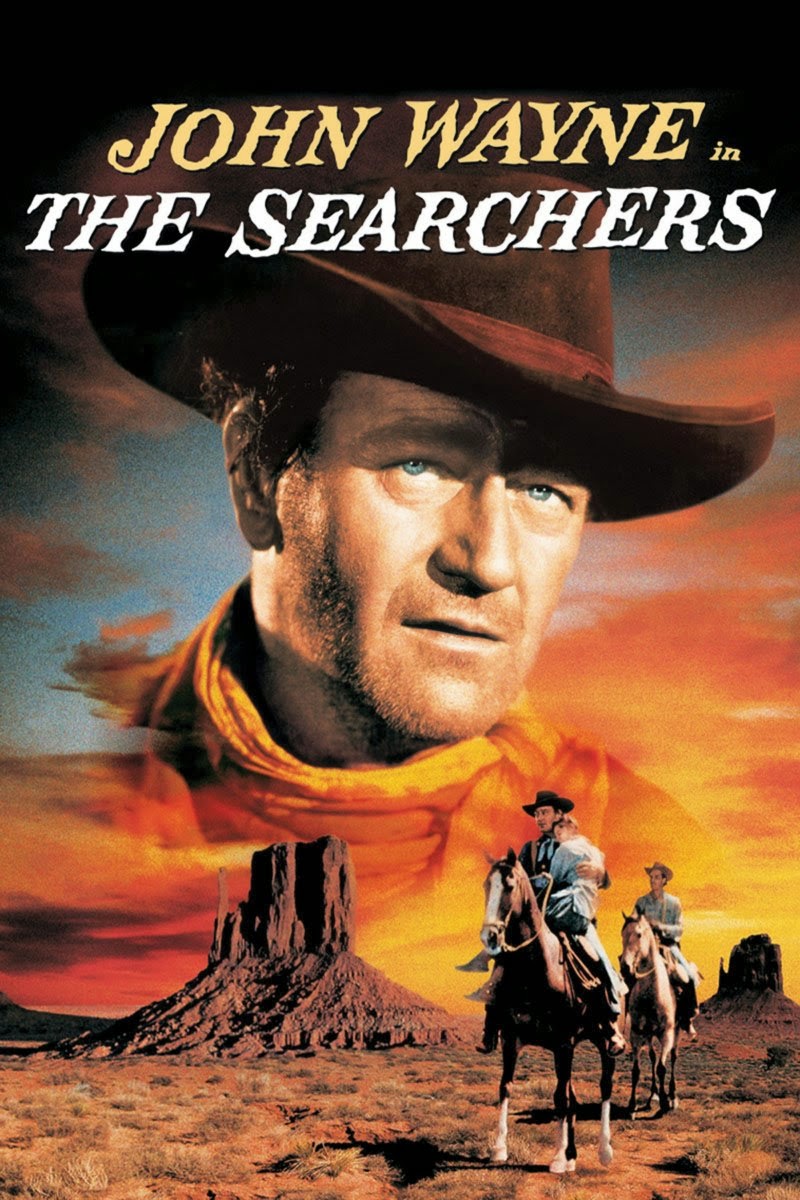 I'm kind of at a loss here. My opinion is that this is easily John Wayne's best performance. The cinematography was beautiful. It's a very good story, not just standard Western shoot-em up. There were some very good films nominated that year, but only a handful that could stand up to The Searchers. 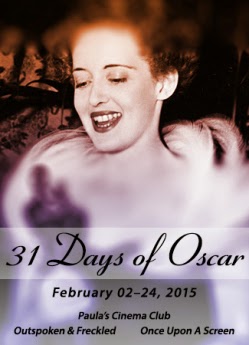 This post is part of the 31 Days of Oscar Blogathon 2015 hosted by Paula's Cinema Club, Outspoken and Freckled and Once Upon a Screen, Thanks Paula, Kellee, and Aurora for all of your hard work.
Posted by Chris Sturhann at 10:02 AM