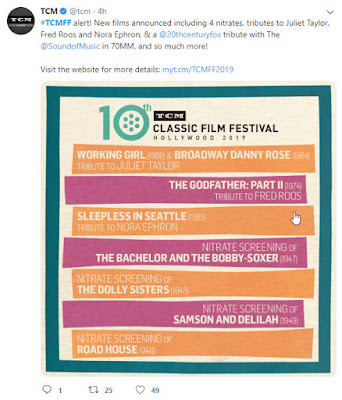 With 36 films announced, that's better than a third of the schedule based on previous years. The 10th TCMFF is coming together nicely. I can't wait.
Posted by Chris Sturhann at 3:47 PM No comments: