Last week, TCM announced new films for the upcoming Turner Classic Movies Classic Film Festival (TCMFF), being held April 21–24, 2022. My guess is that we probably won't get many more film announcements until the complete schedule drops about 3 weeks out from the Festival. Oh, there might be a handful more that'll squeak through. Usually. these will be ones that are tied to a guest or a special screening of something that is newly restored/newly available. I'm sure the good folks at TCM are trying to pin these down now. Still, if they follow the pattern of previous years, we probably won't get a big drop of films like we did last week until we get the full schedule.
Thus, welcome to my perennial top five list of what's been announced so far. This time, I'm going to include three honorable mentions at the end, all dramas. Bear in mind, that this is kind of an academic exercise. I know that when the complete schedule drops almost all of these are going to fall by the wayside. Inevitably, something you think is one of your top picks at this point in time ends up being scheduled against something that you want to see a whole lot more. With that in mind, let's get to the list.
5. The Flame and the Arrow (1950) – The Flame and the Arrow is kind of an odd film to show up on this list. It's an enjoyable film, I'll give you that. Who can argue with young Burt Lancaster in a period film doing all kinds of crazy acrobatics. That's not the reason though, this is going to be an Academy Conversations with Craig Barron and Ben Burtt. These guys are great, and their presentations are both entertaining and informative. I saw them do a incredible presentation for Adventures of Robin Hood on my first TCMFF and they did a very cool presentation on sound effects one year before a screening of War of the Worlds. On the strength of this, The Flame and the Arrow wins out over several films that I like way better. 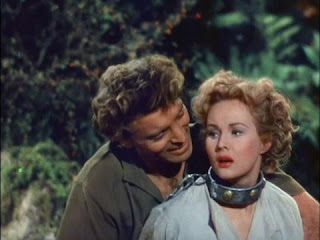 4. Baby Face (1933) – Baby Face is one of my favorite Pre-Code films. Nothing beats Barbara Stanwyck sleeping her way to the top, with Friedrich Nietzsche philosophy running around in her head. It also has a really great performance by Teresa Harris, a beautiful, talented African-American actress who never got enough good roles. This was one of them. 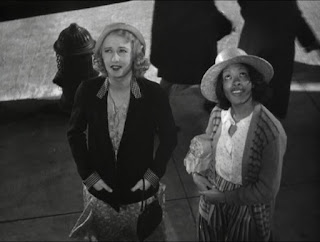 3. The Legend of Drunken Master (1994) – Legend of Drunken Master is kind of an odd film to be showing at TCMFF, but once you think about it, maybe not so much. Jackie Chan made his first film appearance uncredited in 1962 at about the age of 8. By the 70s, he was working steadily in the Hong Kong doing Kung Fu movies. He learned early on that there was no way to compete against the ultimate Kung Fu movie star, Bruce Lee, so Jackie took a different approach, he made Kung Fu comedies, and nowhere is that on better display than in Legend of Drunken Master. Yes, the plot, what there is of it, is kind of nonexistent, but it's a pretty incredible movie in terms of stunts and physical comedy. I saw him speak in the mid-90s and he cited Gene Kelly as one of his big influences. Gene Kelly often uses very long takes so you can see the choreography as a whole. Jackie Chan approaches his fight and action scenes in much the same way.  Like Kelly, he's a master of integrating props into the choreography. If he's in a fish market, you're going to get Fish Fu. His mother tries to hide her gambling from his father, you're going to get Mahjong Tile Fu. You'll find both in Legend of Drunken Master. I swear, I'm not making this up. 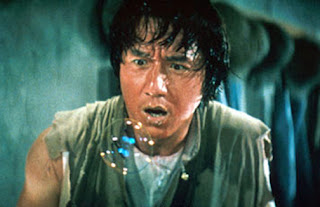 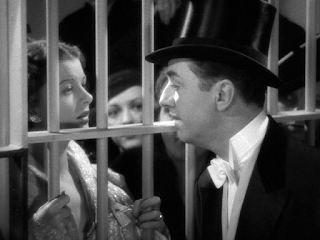 1. The Sting (1973) – My top pick is The Sting. I haven't seen it in the theater since I saw it on its first run when I was  about 11 years old. It is probably the best con-man movie of all time. It is probably also George Roy Hill's best movie and arguably both Paul Newman and Robert Redford's best movie. This is a great great film. There were many many good films made in the 1970s. The Sting ranks up there with any of them. Of all the films on this list, this is the one I feel most likely that it will stick. 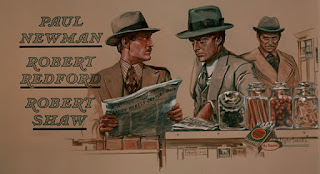 TCMFF, The Good, The Bad, and The Pandemic

This post is going to look at what we might have to look forward to with an in-person post-COVID TCM Classic Film Festival (TCMFF). I am going to focus on what you might be able to expect for the COVID requirements for the upcoming TCMFF.

Disclaimer 1: Most of what follows is based on what I like to think is educated speculation on my part. I am basing this on the way another similar but different event I did volunteer work at, which ran late last year. I have volunteered for Comic-Con International (the huge show in San Diego every July) for more years/decades than I care to admit. In November 2021, the good folks at Comic-Con International (myself included) ran Comic-Con Special Edition (CCSE).  The idea was to have a much smaller show, say a third to half the size of a normal Comic-Con. Mostly, it was to get people together for an in-person event, but also it was a test case for how the organization would manage running a much much larger in-person event post-COVID. In addition, I did look at a number of Los Angeles movie theater web sites, and their guidelines seemed consistent with what happened at CCSE.

Disclaimer 2: Bearing in mind Disclaimer 1, CCSE was run under the conditions that existed in San Diego in November 2021. TCMFF is being run under conditions that we don't know about at this point in time. TCMFF is being held in Hollywood, which falls under the city of Los Angeles/county of Los Angeles, which may have stricter requirements than San Diego. Ideally, the conditions will be better in April than they are now, but there is no guarantee of that, and even if the conditions are better in April, I don't think it's likely the restrictions that were in place at CCSE (and currently in place in LA now) will be more relaxed at TCMFF.

Disclaimer 3: I have been vaccinated (full, two-dose Pfizer vaccination in May 2021 and booster in December 2021). I believe in science. I believe that organizations like the World Health Organization and the Centers for Disease Control know more about virology and the COVID-19 virus than I do, and I trust their judgement. In my lifetime, I have benefitted from vaccination. I have never seen an iron lung, except in Classic Movies. I have never known anyone who has died from Typhoid or Tetanus or Small Pox. There is a Cary Grant movie, Room for One More. In this film, Cary Grant and his both real-life and fictional wife (Betsy Drake) adopt older children who are not the most-desirable candidates for adoption. One of the children they adopt, Jimmy-John, has braces on his legs. They don't say it, but I assume that Jimmy-John has braces on his legs because of Polio. I've never known anyone who had Polio. This is because of vaccines.

Note 1: If you are on the fence about getting vaccinated, you probably should do so, while you still have time to do it before TCMFF starts. It's probably going to be much easier to show proof of vaccination than proof of a negative COVID test come April. Think about it, do you really want to have to schedule a doctor's appointment the day before you leave on vacation? If you have a legitimate health or religious reason for not getting vaccinated, I do understand that and hope that you can stay safe. I hope that my getting vaccinated will help keep you safe.

Note 2: If you don't believe I'm vaccines, I don't want to argue with you about it. You are not going to change my mind, and I am not going to change yours, so why waste each other's time? If you post comments about how vaccines are dangerous, or that COVID is fake, I will just delete your comments. Yes, I do believe in freedom of speech, but you can exercise that freedom on your own blog and freely speak about how Pfizer is injecting us with tracking devices or Jewish space lasers caused the California wildfires to your heart's content. Just don't do it here.

Now first let's look at what TCM currently says about the situation (the following was copied from the TCM Film Festival web site (About > FAQ) after 4 pm Pacific time on January 17, 2022:

WHAT COVID-19 SAFETY PROTOCOLS WILL BE IN PLACE AT THE 2022 TCM CLASSIC FILM FESTIVAL?

The health and safety of Festival attendees is our number one priority. Attendees will be subject to all applicable federal, state and local safety precautions in place at the time of the event. In addition, TCM may, at its sole discretion, implement additional safety precautions to be determined. Mandatory compliance for Festival attendees could include, among other requirements, mandatory masking, social distancing, capacity limits, negative test results verification, and/or proof of vaccination. As we continue to monitor best practices and adhere to any required safety measures, we will release a more detailed plan closer to the Festival.

To be honest, I would say that this is purposefully vague. This is not to say that TCM is not watching the situation and creating a plan. They say they are monitoring best practices, and I'm sure they are, but they probably do not want to release a detailed plan at this point only to have to change it later. Still, looking at what is said here, it doesn't look all that different than what happened at CCSE, so using CCSE and a little research as a guide. Let's look at the different parts:

This is the way the situation looks right now. It is possible that things will get way better in the next three months, but I wouldn't count on it. It is possible that the situation will get worse, but we probably won't know that until we get there. I am not going to sugarcoat things. The situation is going to be challenging. I do believe that TCM is up for the challenge, and if we cooperate and be patient, I think that this year's TCMFF is going to a safe and fun event for all.

Special Thanks are due to Ruth Mundsack for giving me the skinny on how screenings work at the Academy Museum.

Posted by Chris Sturhann at 4:35 PM No comments: