I recently posted a list of my top 5 picks of what I wanted to see at this year's TCM Classic Film Festival (TCMFF). Well, looks like I was a little premature. Since then, the following films have been added:

This more or less decimates my top 5 from three days ago. I haven't had a chance to digest and figure out how much, but I think at least two of these would push out something from my top 5. Easily my top of what's just been added is, The Return of the Dream Machine: Hand-Cranked Films from 1902-1913 (2015) which includes Georges Melies’ A Trip to the Moon (1902) and other early classics (details here). 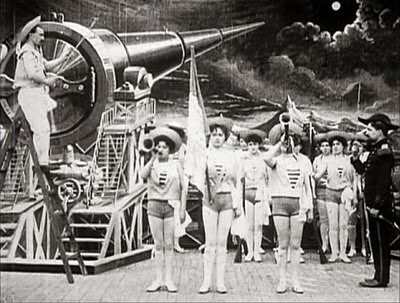