Big news dropped today about the TCM Classic Film Festival (TCMFF). The big news is the announcement of the opening night screening, All the President's Men (1976). No word on guest appearances for that screening, but considering that both the film's subjects as well as the stars who played them are still around, it's bound to be pretty spectacular.

The big news for me is the appearance of writer/director Carl Reiner for a screening
of Dead Men Don’t Wear Plaid (1982). I don't think I saw it in the theater when it came out, though at the time, I probably didn't know enough Film Noir at the time to really appreciate it.

Also announced is the appearance of Elliott Gould for showings of M*A*S*H (1970) and The Long Goodbye (1973), as well as a conversation in Club TCM. Other appearances announced today: 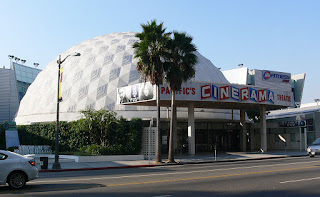 
For me, this is going to take a while to digest. Naturally, I most excited about, Dead Men Don't Wear Plaid. Each year, there is one screening I attend more because of the celebrity introducing the film than the film itself. The Russians Are Coming The Russians Are Coming is a good bet for that one. Beyond that, I'm not as well versed in foreign film as I should be. I've never seen Band of Outsiders but it looks intriguing (had me at "Alice in Wonderland meets Kafka"). Finally, Scent of Mystery in Smell-O-Vision sound like a hoot.

Once again, TCMFF is bound to be full of really tough decisions again this year.

Posted by Chris Sturhann at 2:11 PM