Announcement: The Blogathon From Another World, April 9–10, 2016

It's on. The Blogathon From Another World has started. To see the posts, go to:
http://chrissturhann.blogspot.com/2016/04/the-blogathon-from-another-world-hits.html 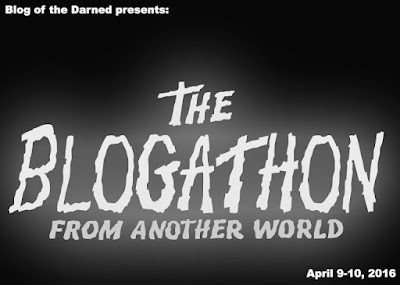 In honor of two Sci-Fi movie milestones in April, Blog of the Darned will be hosting The Blogathon From Another World, April 9–10, 2016: 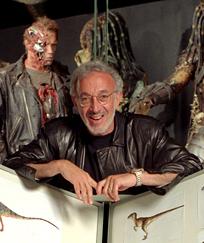 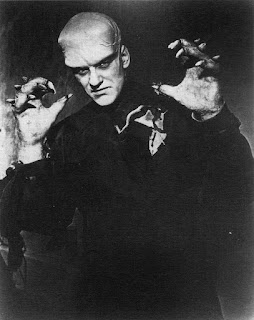 In the context of The Blogathon From Another World, the broadest possible definition is applied. Films can be of any era from Georges Méliès A Trip to Moon to Star Wars: The Force Awakens. The only restriction is that it must be a theatrical film, not television, i.e., Star Trek II: The Wrath of Khan is fine, Star Trek, the original TV series, not so much. Beyond that, just about anything is fair game, Godzilla (radioactive monster), Spider-Man (radioactive spider), or Kiss Me Deadly (radioactive beach house). Okay, so maybe the last one wasn't the best example, but I bet if you turned on Kiss Me Deadly during the two minutes you might think it's a Sci-Fi film. 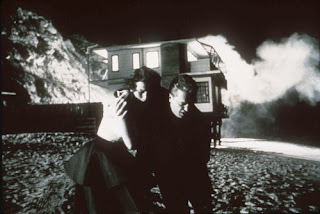 Since most of my film cronies lean toward classic film, I encourage participants to step outside of their comfort zones. Obviously the 1950s was great time for science fiction, but so were the 1970s, 1980s, and 1990s. Some ideas just to get you started:

Please use the #BlogathonFromAnotherWorld when promoting the blogathon. I also created the following graphics. Please feel to use any of them or the one at the top to promote/use on blogathon posts. More to come later. 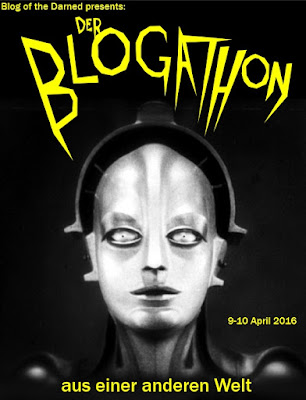 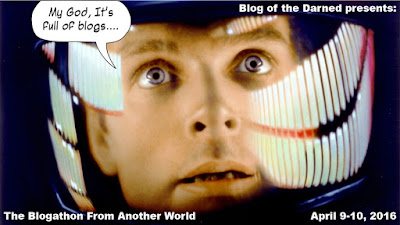 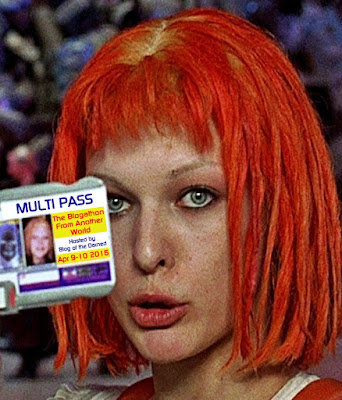 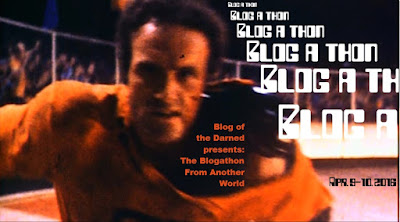 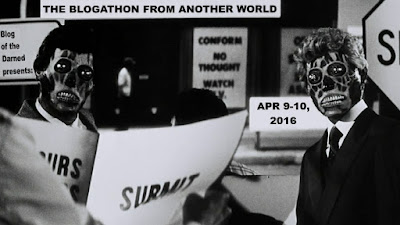 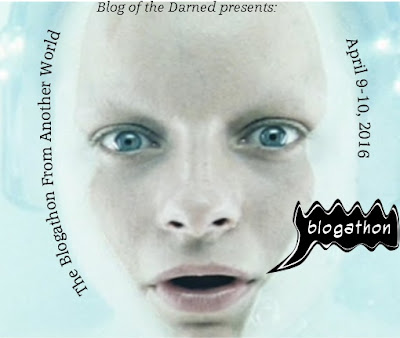 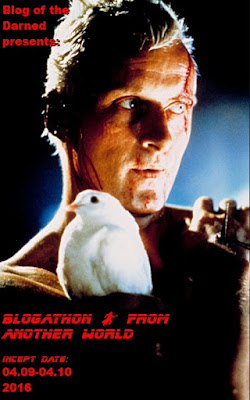 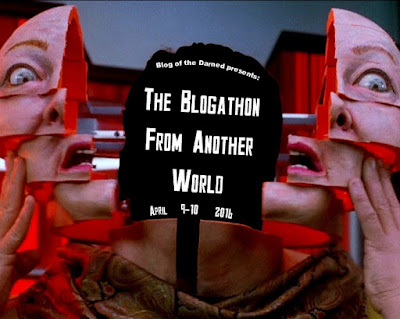 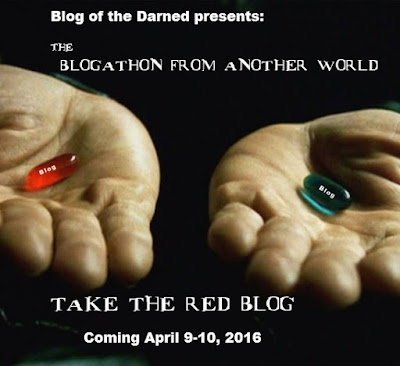 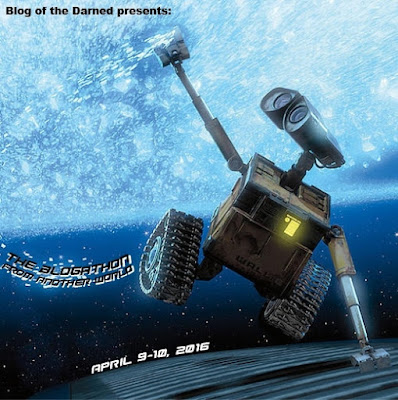 Thank you
Posted by Chris Sturhann at 8:31 PM